5 stars for this novel about slavery in Grenada and Martinique.

I don’t think I can convey how good this novel is. Jane Harris is the writer of The Observations and Gillespie & I, both of which are memorable and wonderful, so I had very high expectations for Sugar Money – and my expectations have been surpassed, by a country mile.

It is 1765. Our narrator is Lucien, who may be thirteen or only ten years old but hopes to pass for sixteen. He is a slave, living on Martinique with his French masters after they are forced to leave Grenada by British forces. Lucien’s voice is incredible: I read and re-read passages to drink in his words; usually I devour good books in greedy gulps but this novel I needed to savour. Lucien talks a beguiling mix of French, English and Creole, in a juxtaposition of idioms with some stiffly formal language into which he breathes life. As well as this, Lucien’s narration comprises a mixture of the jealousies, pride and imagined slights of a child or adolescent alongside more adult concerns and thoughts. Lucien’s is a forthright, hotheaded and utterly authentic narrative voice (and he is utterly loveable too).

Sugar Money recounts Lucien and his older brother Emile’s near-impossible mission to bring back slaves left behind on Grenada, some forty people who are now enslaved by the British. Lucien and the other slaves are owned by les Freres de la Charite who want slaves to replace those who are sickening and dying, in order to tend the sugar plantation and start a distillery. Unwilling to risk their own lives, they send the brothers. And so begins what Lucien hopes will be an adventure that allows him to spend time with the brother he idolises. The brothers’ relationship is exquisitely drawn, with Emile’s inarticulate, paternal worry and love for Lucien contrasting with Lucien’s need for admiration and love from Emile. Much of the beauty in the book comes from the relationships between the brothers, and between the slaves as a family they construct for themselves under ‘grandparents’ Angelique and Chevallier.

The book also looks unflinchingly at ugly inhumanity. There is an examination of the treatment of slaves, involving immense physical punishments and cruel tortures driving some slaves to mental breakdown. The abuse and rape of female slaves is exposed as commonplace, with resulting paler-skinned ‘mulatto’ children. I was particularly moved by the story of Miss Praxede, who was made housekeeper and mistress of Dr Maillard until he replaced her with Zabette, a teenage girl. Praxede, aged ‘near fifty’, was sold on to one of ‘those new Scotchmen – Mister Mac-Something’, and when she ran away from her new owner was killed by being shot in the back. This is one of many atrocities. The French slavers treat their slaves very badly but time and again we are told and shown that ‘the Goddams (the English)’ are even more cruel. And in fact many of these ‘English’ in Sugar Money are Scots: there are Scottish plantation owners, overseers and soldiers in the book.

Sugar Money is based on a true story. It is a story that is saddening and sickening but it is told with great beauty, with an outstanding narrative voice, and it is an important story.

Even the cover of Sugar Money excels, with its eye-catching, gorgeous design. Buy this book! 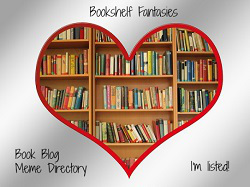 I kept always two books in my pocket, one to read, one to write in – Robert Louis Stevenson

I declare after all there is no enjoyment like reading! How much sooner one tires of any thing than of a book! – When I have a house of my own, I shall be miserable if I have not an excellent library – Jane Austen

O there is nothing like fine weather, and health, and books – John Keats

Check out my other book blog, Mary Queen of Plots